I cared for my husband

My caring journey began in 2014 when I was tidying a toy cupboard upstairs and found a carburettor. 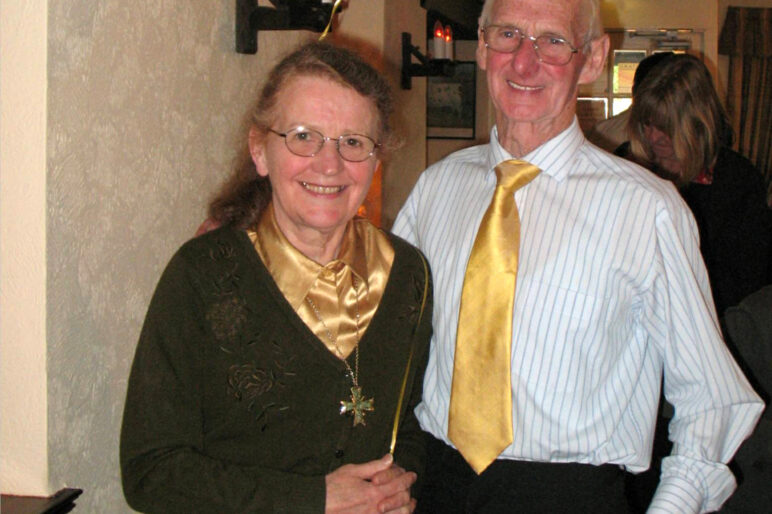 When I asked my husband Don what it was he just stared at me and said he didn’t know. Normally he would have known which vehicle it came from having spent most of his life repairing his own cars and motorbikes.

We had a battle trying to get his chainsaw off him. In retaliation, he cut down a greenhouse full of fruiting tomatoes.

I had a big pile of crosswords on the mantelpiece but came home one day to find the charred remains of them on the wood-burner.

Another time when he was angry with me, he cut off the wires connected to my emergency pendant base station. I caught him dropping it in the bin.

We found he’d spent £800 on lottery tickets from Carers Allowance. He said he didn’t need it!

For about a year he lived on fish and chips – he got a good deal from our local fish and chip shop. High cholesterol made him switch to Cornish pasties – making a 7-mile round-trip each day to get them. He’d eat the centre and throw the pastry to the birds.

Later he changed to eating only trifle, 3 or 4 times a day. I enriched these with children’s vitamin drops, two eggs in each batch of eight, puréed peaches, two tablespoons of ground almonds and topped each trifle with fresh whipped cream. Sometimes I’d come home to find Don had thrown his trifles on the garden to punish me.

Don always loved driving and maintained he was still capable of doing so even after being told he couldn’t anymore. His driving licence had already been revoked, but he continued driving around for five days. We had to get the local police to come and take his car keys from him.

For about 18 months we had a wonderful set of volunteer drivers who would take him on exactly the same 45-mile route four or five times a week.

A bus around the Dales

During his last summer, we went each Sunday on an 80-mile bus journey into the Dales. He knew what was round almost every corner.

I had wonderful help and support from our local Pioneer Projects. I was able to discuss our problems and gained knowledge from other people’s experiences.

I cannot thank the NHS for all the help and support we received.

Back to all stories